There was a legend current in the early 19th century that in 1804 Napoleon made a secret expedition to the Dorset coast to scout for a place for French troops to land should they invade Britain.
A short story by Thomas Hardy puts the tale into the mouth of a local farm boy on his way to help with the lambing.   The story was telescoped by Vanessa Young into a poem to commemorate Trafalgar Day. 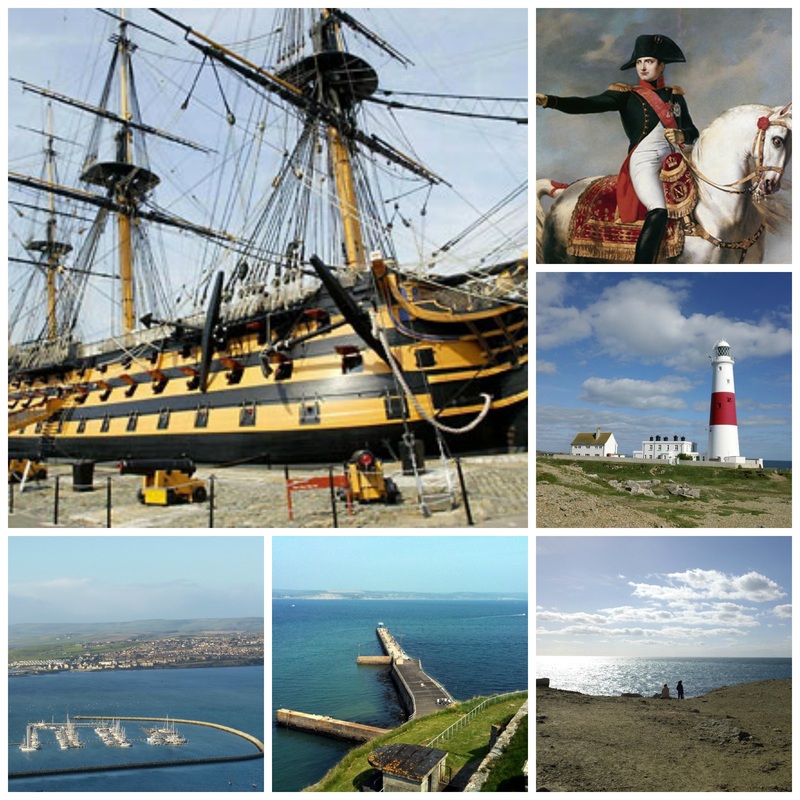 From a short story by Thomas Hardy: Tradition of Eighteen Hundred and Four
GREAT PREPARATIONS

Old Solomon said, and I
was long alive when he was dead,
that at his shepherd father’s bidding
he’d take his turn, and mend the ewes’ undoing,
as spring brought after fearsome weathers
light more mild, and he
a hand at lambing, still a child.

So with the moon well travelled in her arc,
together with his father’s brother, Job
on visit from the nearby soldiers’ camp,
high on the downs, up over yonder cove
they took their turn along the ancient way
to heed the bleating calls for arms,
and settled in the fold.

Soon after they had nestled in the straw
and hearing Job through laboured nostrils snore,
young Solomon, his senses still intact,
was mulling over stories of attack,
of battles fought in France and wounds run deep,
when he was roused to foreign sounds hard by,
and cautioned from his sleep
he marshalled ear and eye.

In truth, this story may make your blood curdle,
for what the boy saw on a slanting hurdle, was
two men rolling out a naval map
comparing local inlets, this with that.
Their preparations: French strategic planning;
One tipped his hat to cool his face by fanning.
You may have guessed the witness to this act
saw Boney standing there! Imagine that.

No sooner had young Solomon woke Job
and whispered what to you has now been told,
these Gallic men on board did sail away
across the Channel from our own slipway.
The pair saw all from high up on the hill
and understanding it, feared England’s ill.

Job left the boy, and hastened back to camp
and gave report and all by that was meant.
But all the serving officers could think
was that the soldier Job had taken drink.
Those preparations, at a peak that day,
were later thwarted on Trafalgar Day.