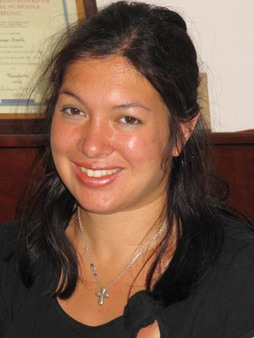 Music was a large part of Louise’s upbringing. She has enjoyed taking part in various music festivals across the country, and regularly performs professionally. She was the Barnardos Champion Child for music in 1989, and toured with the National Youth Music Theatre on Broadway, New York when she was 17.

Louise teaches piano and accordion privately, and has worked extensively with Vanessa on arranging her songs, including choral arrangements for choirs.

She has herself composed several new arrangements of traditional Christian spiritual songs as well as writing her own original instrumental pieces.