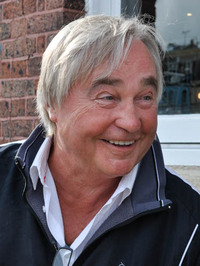 Richard trained at the Bristol Old Vic and toured extensively with the company in the United States, Europe and Israel.

After a spell in London which included a performance in Peter Pan opposite Millicent Martin, he joined the Royal Shakespeare Company and performed regularly in Stratford and around the country.

Since his retirement from the professional theatre, Richard has been building up a loyal local following with performances at the Weymouth Drama Club, including his recent starring role in The Dresser.